If you’re only going to buy one weight bench for your garage gym, it should be versatile, right? That’s what I thought when I bought my first two benches (the Body Solid GFID225 and the Rep Fitness AB-3000). I didn’t even look at benches that weren’t an FID model (Flat, Incline, and Decline).

I’ve since sold both of those benches. My current weight bench (the Rep Fitness AB-5200) doesn’t decline. I don’t miss it at all. In fact, I’d be shocked if I ever bought another bench that declines!

If you’ve read many articles on GymCrafter or watched any of my YouTube videos, you know that my number one rule is buying things that fit your needs. My needs are not your needs, so I’m not saying that you shouldn’t buy a bench that declines.

Instead, I want to explain why I went from only recommending FID benches to rarely recommending them at all anymore. Hopefully, my experiences will help you decide which type of bench is right for you.

After all, a weight bench is one of those things that, if you buy the right one up front, you’ll literally never have to buy one again!

What is a Decline Weight Bench Used For?

Two primary exercises are done on a decline weight bench: The decline bench press and decline sit-ups or crunches. A good decline bench will have padded rollers to anchor your feet while training in a decline position. This feature makes both of those movements more accessible and safer to do.

Sure, there are probably a variety of other movements that people use a decline bench for, but in the end, decline presses and sit-ups make up 95% or more of its usefulness.

Yep, that’s it. Only two exercises. Both were in regular rotation for me for a very long time. In fact, I was convinced that declined training was vital to making gains in the gym.

Is The Decline Bench Press Worth Doing?

Absolutely not! It’s a myth that this movement is the best way to target your “lower pecs.” The shape of your chest is determined mainly by your genetics. While some exercises can better activate your lower chest, the decline press is one of the least effective and most dangerous ways to do this.

Well, that should piss off a bunch of people. And that’s because quite a few studies prove that the decline bench press activates the muscles of the lower chest at a higher rate than a flat or incline bench press.

This is the exact reason I did decline presses regularly for many years. But studies sometimes don’t translate to the real world. And this is one of those times.

First, the decline bench press is one of the most dangerous exercises you can do. Especially for those of us training at home alone without a spotter!

Setting up your spotter arms or straps at a height that keeps you safe yet still allows for a full range of motion is pretty much impossible. Even getting under the bar without getting hurt can be challenging.

Second, there are better and safer ways to train the same muscles!!! Specifically, dips. Dips (assisted, bodyweight, or weighted, whatever your current strength and abilities allow) are one of the best ways to train your lower pecs.

Are you looking to build an amazing chest? Check out this masterclass by the guys over at MindPump. It’s free and on YouTube (and at the 42-minute mark, you’ll hear three professional trainers discuss the decline bench press if you don’t want to take my word for it!)

Are Decline Sit-Ups Worth It?

Decline sit-ups are an effective way to train your core. Trainers commonly program them because of their effectiveness. They do not, however, provide any benefits that a variety of other core exercises can’t provide, and there are many alternative ways to train abs and core.

If decline sit-ups were the only way to train your abs and core, then a decline bench would be a must. Fortunately, it’s just the opposite.

There are more ways to train your abs and core than any other muscle group in your body except maybe the legs… Maybe.

So even though declined sit-ups appear in many programs (including the MAPS programs I recommend very highly and do myself), I don’t think the ability to do them at home is essential. They certainly aren’t significant enough to warrant buying a particular piece of equipment!

One last note here is that if you experience back pain at all, decline sit-ups are a terrible idea. I’ve dealt with back pain for many years, and one of the biggest breakthroughs I ever made in my pain management was to stop using a decline bench.

Don’t Get Married To Specific Exercises

One of the most significant lessons I’ve learned over many years of resistance training is not to get married to specific exercises.

There is no exercise that another movement can’t effectively replace. In many cases, there are much better options, not just alternatives.

When we train with weights, the goal is to train the six fundamental movement patterns of the human body (source).

That’s it. Your body does not care which exercises you use to train those patterns. In fact, it’s beneficial to your progress to change the specific exercises regularly!

In other words, your training will still progress very nicely if you don’t perform declined bench presses or sit-ups!

Who Makes the Best FID Benches?

I did, but I also know that quite a few people are reading this article who will buy one anyway. How do I know that? Because several people told me all this information, and I bought not one, but two FID benches anyway!

Don’t go cheap. I did on my first bench, and while it worked for me for many years, I quickly realized how bad that first bench was once I got a quality replacement.

Regarding weight benches, my go-to manufacturer is always Rep Fitness. I’m a big Rep fan in almost every category, but they first built their reputation with their benches.

For an FID bench, their AB-3000 is the way to go. I have a full written review here and a review on YouTube that you can see here.

For an adjustable bench that doesn’t decline, I’d go with the AB-5200. I’ve owned and used the 5200 for several years and love it. You can read a review of the 5200 here as well as watch my YouTube review here.

The most important thing I tell people here on GymCrafter is to buy things based on their needs, not mine. That rule definitely applies here as well.

If you really want and will use a decline bench, go for it! I didn’t write this article to say they are worthless. They aren’t.

What is important, though, is that you buy one for the right reasons. Otherwise, you’ll end up like me with things I don’t use or need simply because I thought that that’s what I was supposed to buy when building a home gym.

Many of them do. If you become a pro bodybuilder, your coach may program them based on your specific aesthetic needs. They aren’t needed for those training at home and who aren’t pro bodybuilders.

Don’t take my word for it. Listen to Adam Schafer, former pro bodybuilder and one of the hosts of the Mind Pump podcast, talk about the use of decline pressing. Skip to the 42-minute mark in this video to see this.

What about incline on a bench? Is that worthwhile?

Incline on a bench is extremely useful. It allows you to do a ton of different exercises as well as makes some of them safer. An incline bench is an essential part of resistance training.

Is decline pressing safer with a spotter?

Of course it is. ALL lifts are safer with a spotter. That said, it’s still an unnecessary exercise and you can get better results with alternate movements.

Do the padded rollers that hold your feet get in the way?

YES!!! That’s one of the things I hated most about the benches I had that declined. I hit my shins on those rollers more times than I can count! 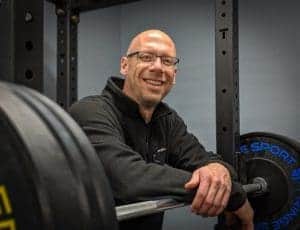